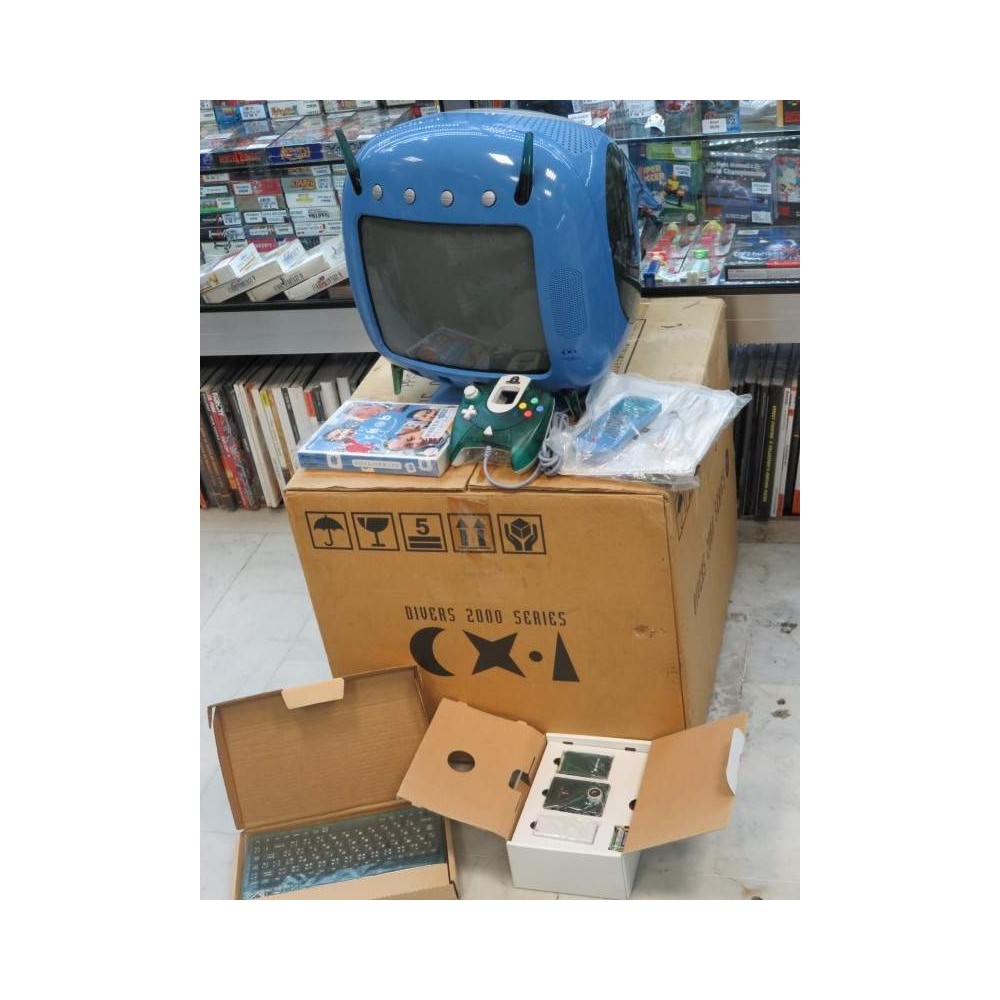 Comes with the box, wedges, all accessories and manual, a controller, and a Japanese keyboard. All are in excellent condition

Misc. Notes: Top-loading Dreamcast built into a single box with a small, but high-resolution monitor.

Divers 2000 Series CX-1 features a 14inch television, the DreamEye Dreamcast digital camera and a Dreamcast keyboard and game-controller. All components are rendered in a stylish black colour. The system can run a custom version of the Microsoft WindowsCE operating system and is powered by a Hitachi SH4 200MHz CPU and PowerVR 2DC graphics processor with a high-density GD-Drive for games and CD playback. The system can also function with a Dreamcast modem for Internet access and features a dedicated MIDI connection for music devices.