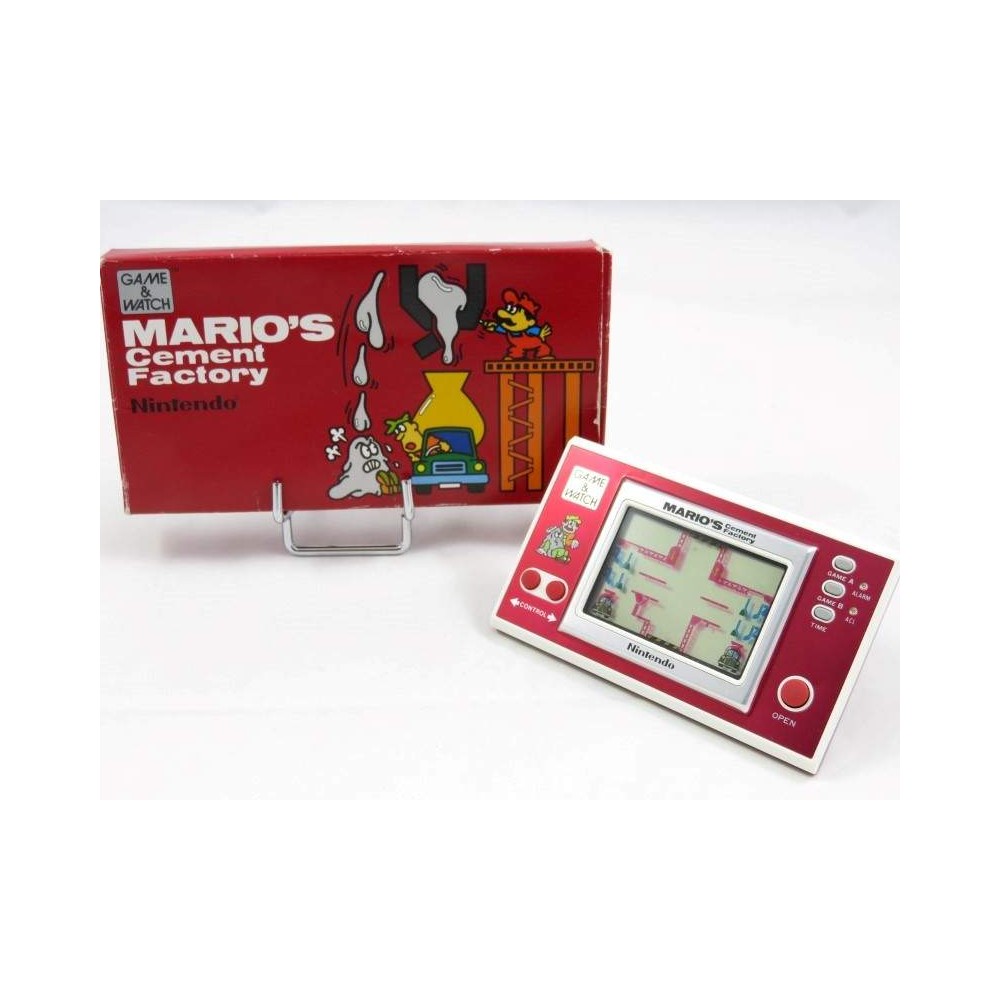 The wedge is included.

Game & Watch (Japanese: ゲーム&ウオッチ Gēmu & Uotchi; called Tricotronic in West Germany and Austria) is a line of handheld electronic games produced by Nintendo from 1980 to 1991. Created by game designer Gunpei Yokoi, each Game & Watch features a single game to be played on an LCD screen in addition to a clock, an alarm, or both. This console inspired Nintendo to make the Game Boy. It was the earliest Nintendo product to gain major success.

In 1979, Gunpei Yokoi, traveling on the Shinkansen, saw a bored businessman playing with an LCD calculator by pressing the buttons. Yokoi then thought of an idea for a watch that doubled as a miniature game machine for killing time.

The units use LR4x/SR4x "button-cell" batteries, the same type used in most laser pointers or handheld calculators. Different models were manufactured, with some having two screens and a clam-shell design (the Multi Screen Series). The Game Boy Advance SP, Nintendo DS, and Nintendo 3DS later reused this design.

Titles available in Game & Watch form vary from Mickey Mouse to Balloon Fight, including Nintendo staples such as Donkey Kong, The Legend of Zelda, and Mario Bros.