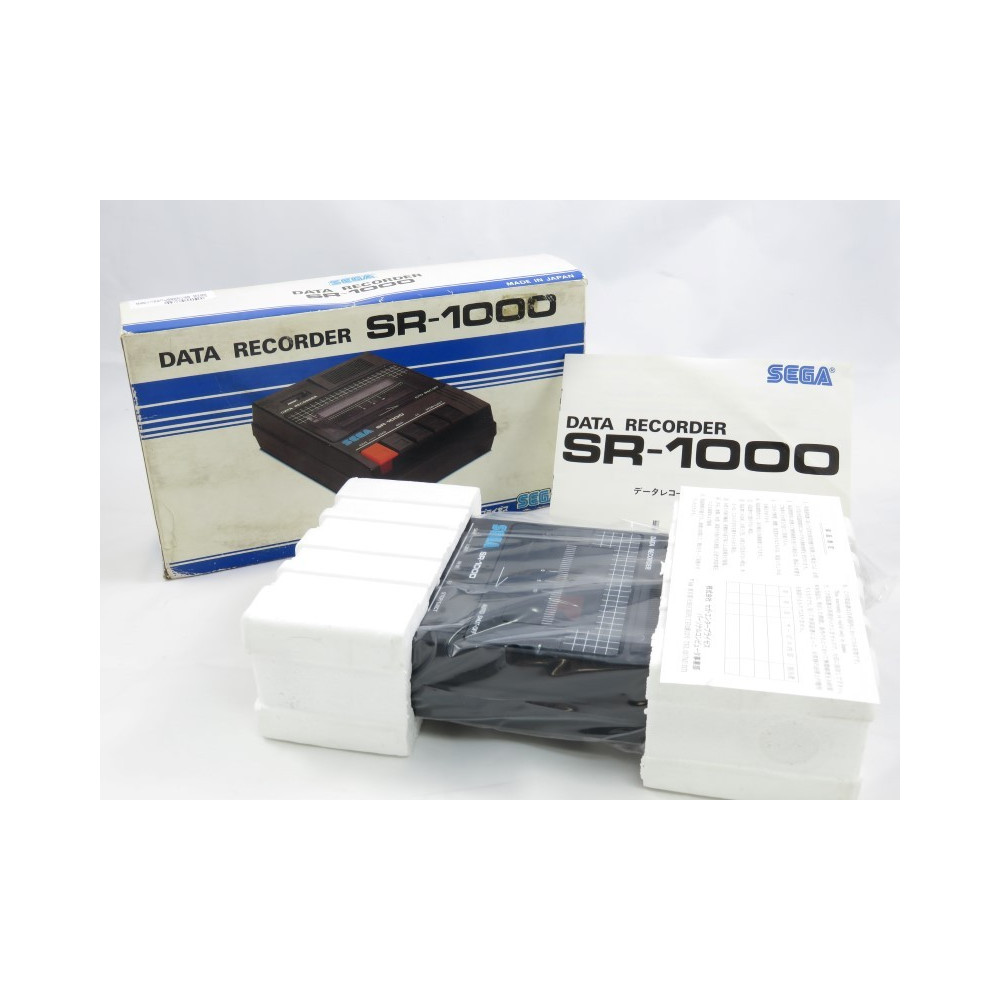 Second hand item , complete  , very good condition , the box is little damaged but the recorder is as new (see pictures for more details).

It allows the system to run software distributed on cassette tape, one of the more popular storage mediums of the time.

It is similar to the Super Control Station SF-7000, though does not enhance the system's memory in any way, and deals with cassette tapes rather than 3-inch floppy disks. It was also significantly cheaper, as floppy disks were still expensive to produce.

Though the add-on is not really remembered by the gaming public, rumours state that there are over 180 different SG-1000 and SC-3000 cassette releases.

Compact design, fine and very elegant. It has the five typical control buttons: Record (Save), Play (Load), Reverse, Fast Forward, Stop/Eject. It was a pretty advanced data recorder unit because it has a particular circuit which auto shut-off the motor when there's no signal coming from computer.

A very good product, which is compatible also with other 8bit systems such Sinclair ZX Spectrum, Texas TI-99/4A, MSX and many others.