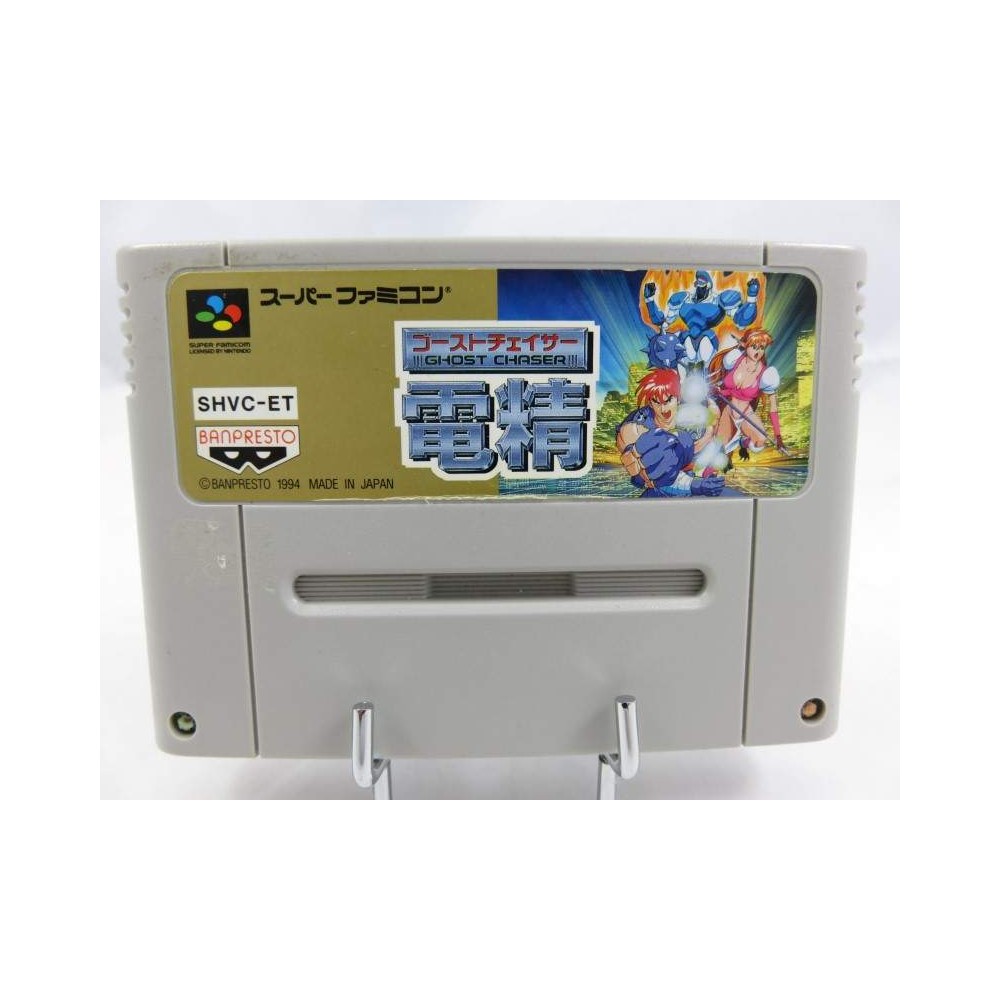 The game is only compatible with the Japanese Super Famicom

Denjinmakai (電神魔傀?), or Denjin Makai, is a 1994 side-scrolling beat 'em up developed by Winkysoft and published by Banpresto that was originally released as a coin-operated arcade game. It was later ported to the Super Famicom under the title Ghost Chaser Densei (ゴーストチェイサー電精). Both of these releases are Japan-only. A sequel, Guardians, was released in 1995.

Denjinmakai can be played by up to two players simultaneously. Health gauges are displayed for both player and enemy characters, while energy bars are displayed for special moves. In the home version, only three (Makai, Iyo, and Belva) out of the six characters are playable and the other three (Kurokishi, Zeldia, and Tulks) were turned into bosses; one stage was also removed.

The controls consist of an eight-way joystick and two buttons for attacking and jumping respectively. Pressing the attack button repeatedly when attacking an enemy or multiple enemies will cause the player character to perform a combo. The final blow of the combo can be changed to a throw if the player moves the joystick in the opposite direction just before landing it. The player also can perform a jump attack. When two players play, they can perform team-based special moves.

Enemies can be grabbed simply by walking into one of them. When an enemy is grabbed, the player can perform a grab attack by pressing the attack button or perform a throw by tilting the joystick left or right. A thrown enemy can be tossed at another for additional damage. Items such as weapons, health recovery items, and items awarding extra points can be picked up by standing over one and pressing the attack button. Weapons have limited uses and will disappear if the player is disarmed by an enemy too much or when the player moves to a new area.